Want to Build an Awesome Career? Engage Your Heart 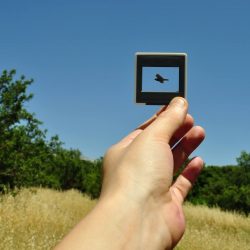 Clarity comes from engagement – not from thought.

You don’t have to “find” your passion, it’s already there. You merely have to listen to your heart and engage with what you hear.

People don’t generally understand how building a career they love works. They want answers. And they want them before they begin.

When you stop to think about it, how many important things in life work that way? Building what matters take time and there are no guarantees about the outcome. Whether you want a long-lasting relationship, great health, a rewarding career, or financial well-being, you have to be willing to build your way into it.

But if you have a passion for it, what you’ll get from the experience of giving it your best shot will be worth the effort. And you’ll never have to wonder if you could have done it.

Engaging your heart doesn’t mean you are going to get the full picture. That’s what makes it exciting, interesting and fun. How much pleasure would you get if you knew ahead of time you were going to win the gold?

A well-known photographer, Henry Diltz, shared about how he built his career during a recent news interview. (See video below) He is famous for photos of many famous rock stars of the Seventies. His story offers a great example of how building a career works.

Years ago, he was on tour with his folk singing band when they stopped at a second hand store. He and a fellow band member spotted a table filled with used cameras. They each bought one on a whim, just because they thought it might be fun.

He didn’t know how to use a camera. The first roll of film he bought was “slide” film. He didn’t even know what that was. But when he developed the film, he was amazed at the “little pictures.”

He loved how “magical” they looked up on a screen. He was so excited that he invited friends over to view his “slide shows”.

He continued to have fun shooting slides and inviting friends to view them. He shot photos of his musician friends who used some of his shots for publicity.

At some point, someone wanted to buy one of his photos. And with that, the foundation for building a career as a photographer was established.

A few of his photos became record album covers. He started getting hired to photo shoot concerts.

Did he start out to be a photographer? No. He actually started out to become a Forest Ranger. But he said that along the way, he didn’t overthink building a career. As he put it, he let “life sweep him along.”

He now has a portfolio of nearly half a million photos and he’s still going strong. He says he “accidentally” learned about licensing his images to provide another stream of income.

That’s what happens when you engage your heart. Things you never dreamed of start to show up to support you in building a career.

He might have been successful. But he might not have had as much fun or fulfillment as he gets from his photography career.

All that and a paycheck, too. What could be better?

He didn’t build his career by force or by thinking and strategizing. He built it by engaging his heart, letting “life sweep him along”, and finding clarity along the way.

I think that’s a pretty good formula for success, don’t you?

Are you ready to listen to your heart and engage it to gain clarity about building your career? Schedule Your Session a complimentary “get acquainted” coaching session and let’s explore![/vc_column_text][/vc_column][/vc_row]