What Can Pluto Teach You about Switching Careers? 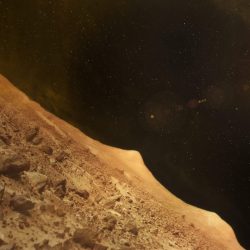 In 1961, President Kennedy challenged NASA to land a man on the moon within the decade. Who could have dreamed that a mere half century later, we would have explored our entire solar system?

What would President Kennedy think about this incredible achievement? Could he have imagined where his challenge would take us?

The exciting thing about exploration is that you can’t imagine…

The voyage to Pluto offers us a great example of how exploration works:

What Can Pluto Teach You about Switching Careers?

1) Exploration Starts with an Inspired Vision

The main reason President Kennedy accelerated the “space race” was to catch up with the Russians. He also envisioned that space exploration offered us the opportunity to “organize and measure the best of our energy and skills.”

Switching careers gives you an opportunity to create an inspired vision for doing meaningful work that matters. It’s your chance to organize and measure the best of your energy and skills.

2) A Vision Must Include a Compelling “Why”

America had fallen behind in the space race. President Kennedy felt compelled to have us catch up with, and overtake, the Russians.

Here are a few examples of compelling “whys” for switching careers:

3) Curiosity about What Else is Out There

Exploration often starts with a desire to see what else is out there. Switching careers may be the perfect way for you to explore your gifts, skills, and talents in new ways, especially if you have been in the same career for many years.

4) The Importance of Focusing on the Long View

Sending a rocket into space knowing that it’s going to take years to reach its destination requires focusing on the long view. That focus is especially important during the daily grind when the work is necessary but not always exotic, exciting, or interesting.

Switching careers into a new field also requires focusing on the long view. It keeps you in the game during down times when you don’t see progress, or when it seems like the gap between where you are and where you want to go feels too wide to overcome.

5) Letting Go of the Outcome

What if scientists had decided not to go to Pluto because the odds against New Horizons making it through the debris field were too high? They went ahead because they understood that sometimes you have to take a chance, even when it feels like the odds are stacked against you.

Switching careers requires you to take a chance. You can’t plan for, or strategize, every possible outcome. No matter how well you plan, there’s a chance that things can go awry.

Plan as best you can, then let go of the outcome and enjoy the ride. Part of the fun is not knowing how it will turn out.

Should you fail, you will learn and grow. Should you succeed. you will experience a wonderful sense of accomplishment.

Either way, you win!

What lessons do you think can be learned about switching careers from sending a spacecraft to Pluto? Share in the comments.

How to Stay Happy on the Path from “Go” to Goal