I’m Too Old to Change Careers 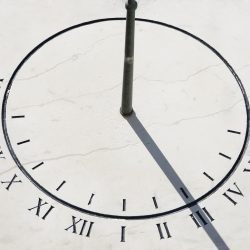 Modern man was not meant to do his best work before forty but is by nature, and is becoming more and more so, an afternoon and evening worker. ~ G. Stanley Hall

If you’re thinking you are a tired old dog and it’s too late for you to change careers, I get it. I used to think that way too.

Whether you choose to change careers or a career change chooses you due to a layoff or some other craziness going on in today’s roller coaster world, demo-ing your life and rebuilding it is never easy.

You may wonder, like I did, about how the heck you’ll ever have the energy, much less the time, to start all over again to build a completely new career.

Prior to being laid off, I envied people who had gone through the experience of making a career transition. I admired their moxie. I was awed by their willingness to change careers to completely different fields. How did they figure it out?

I was especially impressed by those who said losing their jobs or leaving them was the best thing that that ever happened. They looked happy and energized.

I thought that was very well for them, but how would I ever change careers? What would I do?

I had no clue, which was what got me into the job I was doing in the first place. The longer I stayed, the harder it became to consider a career change and the less likely it became that I’d ever leave before retirement.

Then kismet stepped in. It was my turn to be the one who was unceremoniously let go. I was about to learn first-hand how to tread the murky waters of making a career transition.

Yes, I wondered if I was too old to change careers. Yes, it was scary as hell. Yes, I was unsure about whether I had the time or energy to start over.

Uncertainty is not one of my favorite emotional states. But at a deeper level I was ready to change careers and I knew it. I had known it for a couple of years but I was afraid to act on it. Now I had no choice.

Looking back, I believe three factors helped me get past the notion that I might be too old to change careers.

The result is that I am now the person on the other side who can say that you are never too old to change careers. I am the person who feels grateful and who says that being laid off was one of the best things that ever happened. Doing what I love and living to a schedule I create energizes me.

I believe it now – that when one door closes, another one opens. You have to be willing to let go of the door knob behind you and turn the knob on the door in front of you.

Who knows? You may be opening the door to a magical kingdom you never could have imagined. That’s sexy! Are you ready?