Where Do You Look for Greatness? 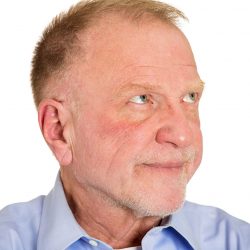 “Each person was meant to blossom into their own unique signature of greatness.” ~ Bryant McGill

I’m thinking about a friend today. He’s no longer with us, having passed over awhile back, so I don’t know exactly why he popped into my head. But he did.

When I first met him, he participated in a course I coached. I was a newbie at coaching and he scared the socks off me. I did whatever I could do to avoid dealing with him.

Not that he was easy for even a seasoned coach to deal with. To put it mildly, he was a tough nut to crack. A pain in the tush. A curmudgeon’s curmudgeon.

It seemed like the more he could get under your skin, the better he liked it.

After completing the course, he came back to coach it. I was amazed that the program leader took him on. He tested even her high level of patience.

He was tough on the groups he coached. He pushed them to the limit and sometimes beyond.

More often than not though, over time, they ended up falling in love with him. So did the most of the coaches.

He finally touched my heart while talking about someone in his group who he felt was not stepping up. At first it sounded like he was talking trash about the person, but as I listened to what he was saying, I finally got it.

He was standing for the greatness of every member of his group in the only way he knew how – gruffly and with strong opinions about how they “should” be doing things. I finally understood that he was not willing to tolerate any less of them than their greatness.

He had a bulldog nose for ferreting out bullshit and no patience for putting up with it.  I told him once that I saw him that way and it made him laugh.

After that I could look beyond how he was saying something to hear what he was really saying. He was totally committed to each person he coached. He was determined for them to see their greatness and step into it – like NO kidding.

That’s why they fell in love with him. Despite his manner, they sensed his commitment.

Not only did he make a difference for the people he coached, he was changed by them. In the process of coaching others to step into their greatness, he stepped into his own.

I miss my friend. He probably never knew it, but he taught me something.

Is there someone in your life or workplace that you avoid or run away from because they are tough to deal with? I invite you to take another look and I invite you to listen to them differently. Listen for what’s underneath. Listen for their greatness.

While you are at it, look and listen for your own greatness. You never know. Someday, somehow, you just might discover a friend you didn’t know you had.

Have you found greatness in an unexpected place or in a surprising way? How did you discover it? Share your story in the comments.