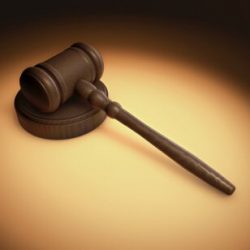 Even God doesn’t plan to judge a man until the end of his days, why should you and I? ~ Unknown

I’m seriously annoyed. That may be an understatement.

During a recent business brainstorming conference call a colleague said that when it came to coaching Baby Boomers, he didn’t want to do it. His experience is that Baby Boomers are lazy and won’t leverage themselves or commit to anything.

But lazy? I don’t think so!

Yes, Baby Boomers want to work DIFFERENTLY and have greater flexibility. And here’s a secret. I don’t think they are the only ones!

However, here’s what a recent survey said about what Baby Boomers want from their work:

Baby Boomers may want a career and lifestyle that clashes significantly with today’s environment where leaving work on time and taking vacations are frowned upon or discouraged outright. But that doesn’t mean they are lazy. They want what they want, just like they’ve always done. And I suspect that sooner or later, they are going to get it. Because when the passion fuse of a Baby Boomer gets lit, you’d better jump on the bandwagon or get out of the way!

Maybe they are just not annoyed enough yet to take massive action, even though they are already the hottest group of new Entrepreneurs according to Forbes. But I have faith that the steam is building. And I think it’s going to be a lot of fun to watch what happens. I think it just might turn out to be a downright bad-ass crazy, sexy ride to the finish!

Are you a ticked off Baby Boomer who is ready to take control of this stage of your life and create a Sexy Second Act Career YOUR way? Give Coach Sue a call at 949-212-4345 or email [email protected] to schedule your complimentary “get acquainted” coaching session.